I along with fellow Photographer Vishwanath had been to Ranganathittu on 13th March and 14th March 2010 : The team includes me (Sateesh N), Vishwanath, Umesh and Krishna Rao,
I thank Officials from Forest Dept, Mysore, Sri Nandakumar Forester and Boatman Yogesh.
I came to know that Rivertern had laid 3 eggs and yatched on the 13th March as hearing the news i visited the sanctuary on 14th March 2010 Sunday, I got some good pics of Rivertern feeding young one, 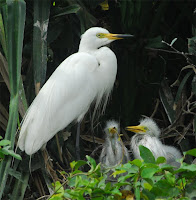 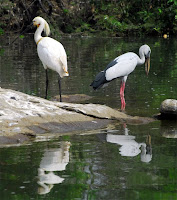 Ranganthittu Bird Sanctuary (Kannada: ರಂಗನತಿಟ್ಟು ಪಕ್ಷಿಧಾಮ) is a Bird Sanctuary in the Mandya District of the state of Karnataka in India. It is a very small sanctuary, being only 67 km². in area, and comprises six islets on the banks of the Kaveri River. Ranganthittu is located near the historic town of Srirangapatna.

The islets came into being when a dam across the Kaveri river was built in the 1700s. The ornithologist Dr. Salim Ali observed that the isles formed an important nesting ground for birds, and persuaded the Wodeyar kings of Mysore to declare the area a wildlife sanctuary in 1940.

Riverine reed beds cover the banks of the islands, while the islands themselves are covered in broadleaf forests, with dominant species being Terminalia arjun (Arjun tree), bamboo groves, and Pandanus trees. Eucalyptus and Acacia trees have also been planted, which might lead to long-term eradication of native species. The endemic and threatened lily Iphigenia mysorensis of the family Colchicaceae grows in the sanctuary. 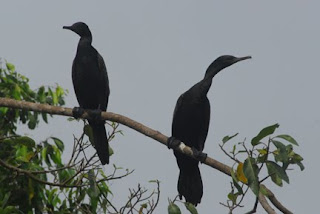 Fauna
The islands are host to numerous small mammals, including Bonnet Macaque, colonies of Flying Fox and common small mammals like Common Palm Civet and Indian Gray Mongoose and the monitor lizard. 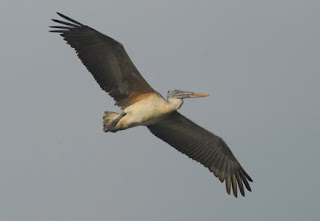 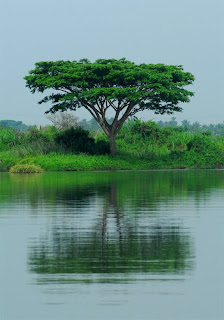