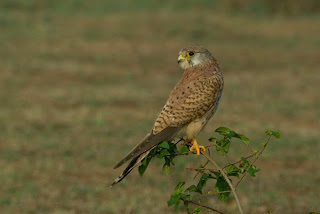 Hesaraghatta Lake (Kannada: ಹೆಸರಘಟ್ಟ ಕೆರೆ) is a manmade reservoir located 18 km to the northeast of Bangalore in Karnataka state, India. It is a fresh water lake created in the year 1894 across the Arkavathy River to meet the drinking water needs of the city. Sir.K.Seshadri Iyer, the then Dewan of erstwhile Mysore state and the then Chief Engineer of Mysore, M.C.Hutchins, planned to build the scheme called the “Chamarajendra Water Works” to store a three-years' water supply to the city.

The Lake is approachable by road from Bangalore at a distance of 26.5 km to the northwest of the City . 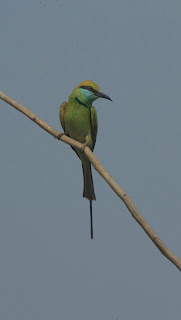 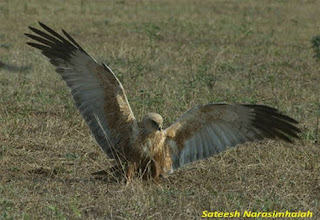 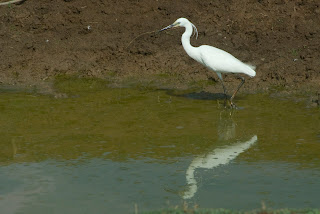 Kingfisher in the Lake areaEven in the deteriorated condition of the lake, birds such as the kingfisher (Halcyon smyrnensis), magpie robin (Copsychus saularis), little egrets, common mynas (Acridotheres tristis), Brahminy kites, black drangos, bulbuls, greater coucals, purple sunbirds, etc., (some are pictured in the gallery.) have been reported in and around the lake periphery. Documented records of sighting of 2000 water birds of 29 species have been reported. The lake is also a great place for the winter migrants. Harriers and Spotted Eagles have been reported from this lake during winter. Bird poaching traps, a common sight, are located and removed from the bed of the lake quite often

The fertile area which encircles the Lake has a number of important institutions such as the Government Aquarium, Horticultural Research Institute, Indo-Danish Poultry and Dairy farms with its livestock breeding and poultry centers which face the Lake, and the famous Nrityagram, the dance village — India's first modern Gurukul (residential school) founded by Odissi danseuse, the late Protima Gauri in 1990.